Blackmores Ginkgo Brahmi is a source of herbs which have traditionally been used to improve memory and mental capacity.

Blackmores Ginkgo Brahmi is a source of herbs which have traditionally been used to improve memory and mental capacity.

Adults Take one tablet twice daily with meals, or as professionally prescribed.

Brain cells require large amounts of energy to function properly. Glucose and oxygen need to be constantly supplied to the brain cells to create energy, as the brain has very small energy reserves. Many studies have shown positive effects of ginkgo on working memory, the speed of information processing and learning.

Brahmi is an Ayurvedic medicine traditionally used to improve memory and mental capacity. Studies suggest that brahmi can improve concentration and speed of information processing as well as learning rate.

There are no reviews yet.

Only logged in customers who have purchased this product may leave a review. 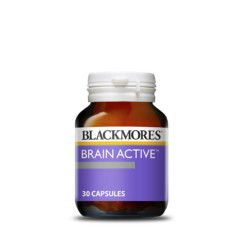 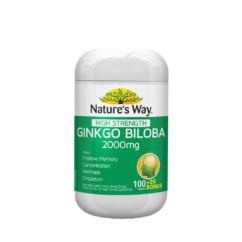 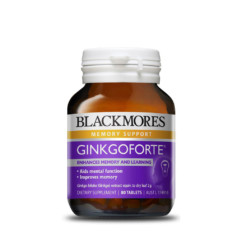 $32.95 More from: Blackmores
Do NOT follow this link or you will be banned from the site!
Login with Facebook